GLOW IN THE DARK

As a child I had some toys that would glow in the dark. They were some of my favorite toys. I did not understand how they would glow except I knew I had to expose them to a light source for various amounts of time and then they would glow in the dark. This carried over into my late teens and early 20’s when my favorite “glow in the dark” was a Frisbee. It was really fun to send it skyward toward a friend playing catch and sometimes I had enough skill to send it skyward in such a way it was like a boomerang and circle around and come back to me.

I have since learned that the cause of this magical glowing was a result of compounds called phosphors- something that absorbs light from another light source and reacts to create a light of its own. A common one used in toys is zinc sulfite, cheap and safe, or Strontium Aluminate, more expensive but results in a much longer period of luminescence. Since this is not a science lesson I will stop there.  I never have grown up. A few years ago I presented members of my church with a pen that would glow in the dark. I have a sample with me today that I kept for myself.

During this year where there has been so much darkness, I feel like there is a need for humans to glow in the darkness more than just fingernails that seem to glow when exposed to a black light. Covid-19 has certainly been seen as a darkness that has permeated our lives for the past ten months. The Worldwide numbers are staggering. As of December 19th-76.1 million, 43 million recovered, 1.7 million deaths. In the US,ranked #1 of all nations, 17.6 million cases , 317,000 deaths. Even in good times restaurants have a difficult time. Independent restaurants with pandemic, 85% expected failure.  Hunger is a key issue followed by potential homelessness. Hospitals near capacity, healthcare workers stretched beyond capabilities, increased stress, large segments of our population ignoring travel suggestions as Christmas/ New Year approaches; unfortunately-politics as usual with our own version of Nero fiddling while Rome burns  analogy .-You can add your own examples I’m sure. Yet, you can also add your own examples of human beings glowing in the midst of all this darkness. Heroes in our healthcare industry risking lives to save others, pop up food distribution programs well supported by families from many communities, and many more examples.

Today we celebrate two more candles being it on our Advent wreath- the first signifying love- not the head over heels romantic love we think of with cupids arrows and most of our pop music. Not even friendship, just perfect friendships but rather a’ga pe’ the self-sacrificial love without limits revealed in the life and teachings of the one whose birth we celebrate.

Going back to those glow in the dark pens for a moment, there was a scriptural verse on those pens. Psalm 119:5 “Thy Word is a lamp unto my feet, and a light unto my path.” As Christians we believe God’s Word is made manifest in the life of Jesus Christ, who we speak also as The Light that has come into the world and the world has not overcome it. Without our exposing ourselves to that source of light, our luminescence would dissipate very quickly. With it we will finish this year and move onto into the next, showing forth the light of Christ and our lives will not fade as we glow in the darkness. Amen

It was a cold Christmas Eve and, to the delight of the three children in the Garrison household, the snow just started to come down. The family was heading out to walk a short distance to the Community Church for Christmas Eve Candlelight Service of Lessons and Carols-well-most of the family. Dad, Harold, was not planning to go. He was a loving father, great husband, honest to a fault businessman, but he never quite understood the concept of God becoming human. So he would stay home, watch some movie on TV and get the cookies and milk out for the eventual visit from St. Nicholas. They lived in a quiet residential community that used to be farmland. In fact, the Garrison home was a farmhouse with a good sized barn in the backyard.

Mabel dressed all three with help from the oldest, Eve, who put the coats on brother Jay and the toddler Lisa. With a kiss and a goodbye they went off to church. The bells could be heard welcoming the worshippers to the festive service. (Of course, this is pre covid-19)

Within 10 minutes of their leaving however, the snow storm really intensified with strong gusts of wind. Harold could hear the snow pelting the big bay window facing the back yard and barn. As he settled in to resume watching the movie, he heard another noise coming from outside. When he strolled to the window he looked out and could make out a rather large flock of birds that were in the back year. They seemed distressed at the sudden storm. He turned on the lights on the outside to get a better look. He felt sorry for the birds and the idea came to him that he would just open one door to the barn and they would be able to warm up inside. He accomplished this pretty quickly and went back inside to resume his watching. He became aware that the birds were still in the yard and a couple were even flying against the bay window. He couldn’t understand why the birds had not taken advantage of the barn being open.

Once again he put on his heavy parka, grabbed a large flashlight-and headed outside to try and coax the birds into the barn. As an after-thought, he also gabbed some bird seed that was kept by the side door, and sprinkling seed on the ground, he walked slowly to the barn doors with the trail of birdseed behind him, and entered the barn. He put on a small light, left the rest of the seed spread on the barn floor and trudged back to the farmhouse. After a few moments he looked back outside and saw that his attempts had been unsuccessful-the distressed birds were still in danger. He did not know what else he could possibly do to save the birds.  He fantasized, what if I could become a bird-just for a few moments. If he were one of them he could guide them to safety. It seemed as if a lightbulb went on in his mind. Of course, now he understood the meaning of incarnation. That is why God had to come to earth and, in the form of a human, lead people to safety-protect them from the storms of life.

Looking at his watch, he knew he could still make part of the service at the church down the road. Quickly he left and got there in time. His saw where his family was sitting and he sat down with them. Shortly after he sat the candlelight was passed from person to person and they left singing “Joy to the world, the Lord has come.” The storm had mostly passed and the wind had died down and snow was lightly and gently tickling their faces. When they arrived home, the birds were nowhere to be seen. He closed the doors to the barn and the family listened intently to Harold’s relating of what had taken place.

Harold became a regular attendee at that little church and every Christmas Eve was more special from that time to the present. Sometimes, Harold wondered, did he really see those birds?j No matter. What was important was his renewed faith in the incarnation of God’s love.

( This is adapted from a story I read long ago and therefore not my original except I added to the original because could not remember all the details.) 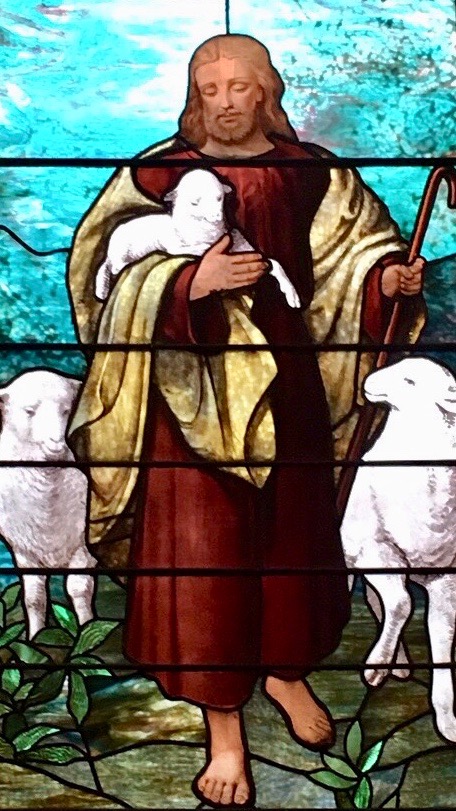